We will update the blog in between , but we have decided each month to give an update on Stanley, not only about his CF but his milestones and development as well!

As many of you can imagine in the first month since Stanley has been diagnosed we have had a busy time! the first two weeks after were constant appointments, starting treatments trying to find out what was working and what wasn’t.

Stanley has clinic appointments every four weeks up until he is one then after that  it should change to every 8. The clinics are abit different in that whilst waiting to be seen we cant sit in a waiting room along with other patients. As some people may be aware people with CF must not come into contact with each other, this is because they can carry bacteria which could be harmful to another person with the condition, therefore we head straight into a side room and wait to be seen, one person will come in after another, working there way around the patients, at a normal appointment we will see Stanley’s consultant, his nurse, dietician and physio all to check on how he is getting on and if anything we are doing needs to be changed, he will be swabbed to see if he has any bacterial infections or viruses, if the swabs grow anything he will be started on antibiotics straight away. so far nothing has come back on any of the swabs that Stanley has had!

we had our first proper clinic appointment just over a week ago, he had been on antibiotics for three weeks because he had a cough, by the time we had clinic though this had improved massively , enough to bring him back down to his normal dose of prophylactic antibiotics and his physio to once a day!. he has continued to gain weight especially since changing over to a high energy milk giving him extra calories , although still small for his age being on the 0.4th centile his weight is defiantly improving with him now being (at what feels like a huge ) 9lbs 4ozs! were getting towards the point of him doubling his birth weight of 5lbs4!  its always a bonus for babies with CF to have that little bit of extra weight so its great that he is gaining so well and with him having a good amount of milk and his Creon (enzymes) being upped slightly again, hopefully by the next clinic he will have started to move into the next centile on his growth charts. its amazing comparing photos to see just how much he has gained!

It was fun while it lasted!.. we had two days after clinic of no cough meaning just one lot of physio a day (yippee!). but by the Friday morning Stanley just wasn’t himself at all, his wet cough seemed to have returned and he wasn’t as settled as he normally is. Its always hard to tell when something is CF related or not, a normal baby has on average ten coughs or colds within the first year of life, its something were not always going to be able to avoid, babies will get coughs and colds CF or no CF. But I decided to text his nurse and ask if he needed to be checked out and within the hour we were at the hospital to which he has open access, with a doctor and his physio ready to see him and check him over! the team so far really have been brilliant!  there’s no waiting around to see anyone and nothing is to much trouble , in fact he was examined and had a prescription ready to go home again within 25 minutes not bad ey?! thankfully his chest was clear, but he did have more of a wet cough again which meant moving onto a second dose of antibiotics for two weeks, he’s now had a weeks worth and the cough seems to be improving, he seems to have a bit of mucus still around his throat and nose which can sometimes make it a little harder for him to feed and swallow his medicines but hopefully by this time next week were back down to normal antibiotics and one lot of physio per day.. fingers crossed! 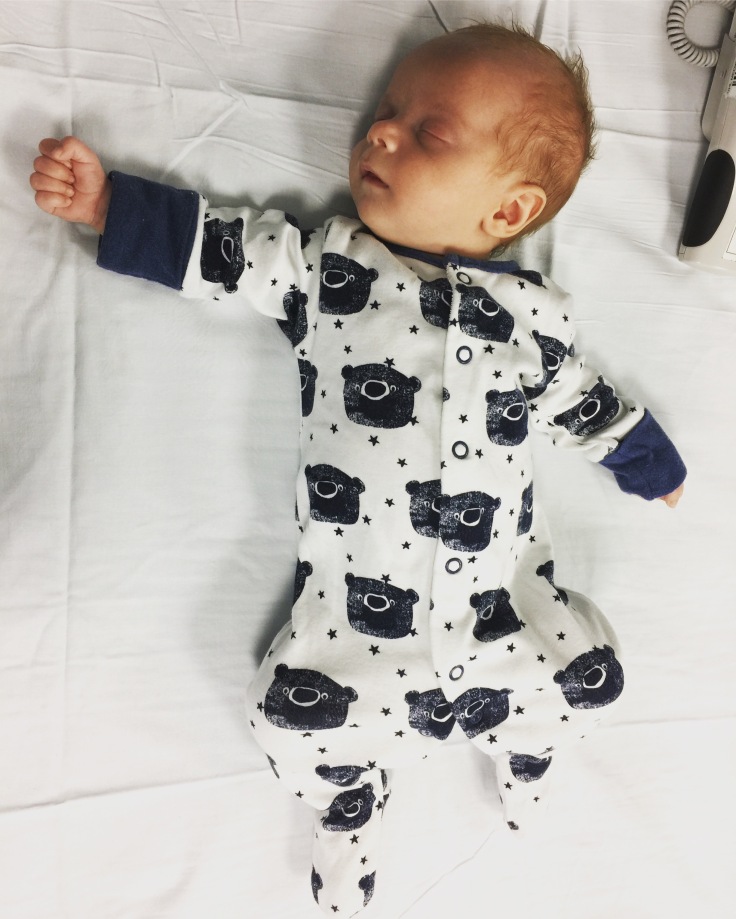 A few days ago he had his 8 week jabs and they really did knock him!,  if he wasn’t sleeping he was crying I think for the first 24 hours he didn’t want to be put down at all ( extra cuddles for me!) he started to perk up after a few days though and is almost back to his usual laid back self!

Aside from when he is hungry or undressed you actually wouldn’t know you have Stanley. he is a little dream! he very rarely cries and he’s such a laid back and content baby, much the same as when I was pregnant he hardly moved at all!. to us he’s now loosing his new born look ..although we still get stopped regularly for people to have a look at him and say how small he is. I suppose its easy to forget he is still small but when you have a 9lbs baby compared to a 4lbs one its a big difference! 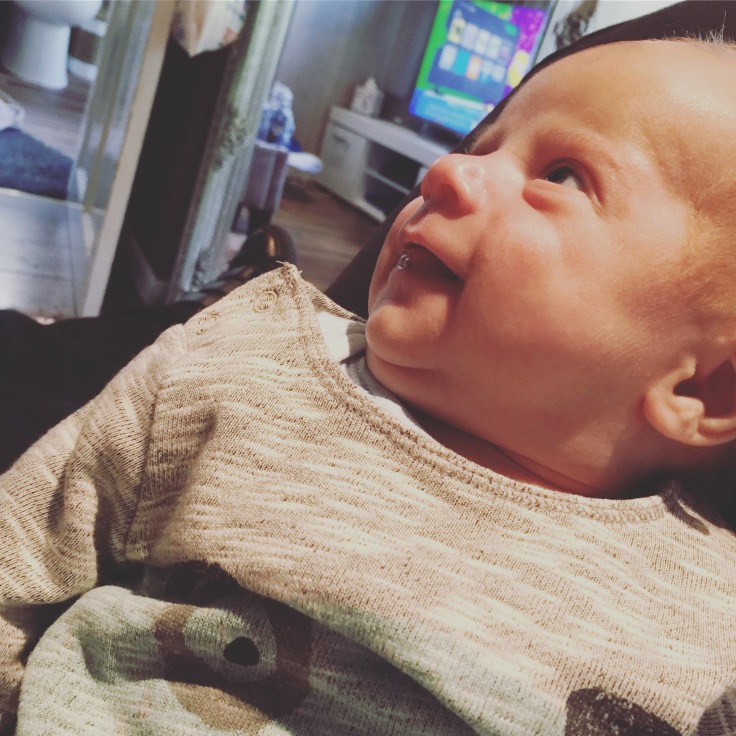 He is now nearly 9 weeks old and just starting to properly focus on people when they talk to him and responds with the most beautiful smiles! all in all he’s doing really well so far and responding to treatments as he should. Alfie’s still very much obsessed with him – there is no other word than obsessed I can use – he literally doesn’t leave him alone! this week Stanley is ” the best little brother he has ever had in the whole world” 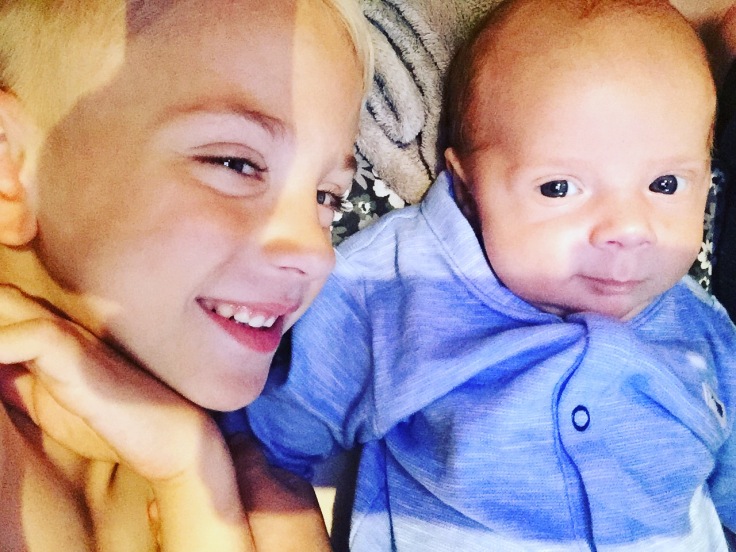 This weekend Jack and his brother Ben will be booking the bike ride from London to Paris (crazy I know!?)  to take place in may 2017, they will both have a minimum amount in sponsors that they have to raise in order to take part – so up until then we will be doing other smaller fundraisers to try and meet the amount needed!  we’ve had so many people offering to help out, offering donations and planning things that they can do themselves in order to help donate to the page once set up which is amazing! please keep an eye out on the Facebook page as we will be setting up our donations page over the weekend in order to start the process off!

The link for the Facebook page is available on the blog.